Damariz to primary school as well!

Almost unbelievable, but it still happens in Peru….

Damariz’ mother didn’t have applied for an identity card for her daughter. She wanted to do this now, so she asked for her birth certificate…and what turned out to be? Damariz became 6 years in March instead of 5! Big panic, cause this means Damariz needs to go to primary school! Damariz didn’t attend kindergarten the past years, although we insisted. Her mother promised she would definitely go to the kindergarten in 2015…but now they don’t want to accept her anymore. So, much to our regret we had to say goodbye to Damariz, the silly girl! Her singing skills won’t be forgotten soon!

She received the same presents as all our other graduates and the present of her godmother Katrien De Schutter: a beautiful dress and a nice bracelet. She obviously was very happy with the presents, but also very sad because she can’t come to Oye Lena anymore.

As we already mentioned, you can barely believe it, but it is the reality. Papers that aren’t correct or missing, not knowing birthdays by heart, not celebrating birthdays, school absence, … too bad those are everyday situations. Damarariz’ mother has a drinking problem and 7 children to take care of. Because of this Damariz does not get the attention she deserves. We won’t let her go like this and visit her once in a while to see how she is doing! To be continued! 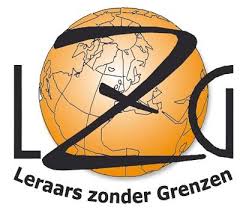