How does the Peruvian government protect its people?

As we could read in several news headlines, each country is taking its own measures against the coronavirus. For example, we see that in some countries the shops are gradually opening again, while in other countries it is still severely punished when you leave home without a valid reason. The president of Peru is doing everything he can to protect his people against COVID-19, the virus that has already claimed many victims.

According to Worldometers, today -Sunday 26/04- the number of infected people in Peru is 25,331, of which 16,834 are still active. In the meantime, 700 people have died. Because this is a deplorable high figure, the government is doing everything they can to avoid any increase.

Furthermore, there is a curfew from 18 hours to 4 hours, where everyone has to stay inside. Also on Sundays, there are no exceptions and it is strictly forbidden to go outside (although we see that this is not always and everywhere respected). People who do not abide by the rules by, for example, not wearing a mouth mask or not keeping to the 1.5 meter distance, will be fined from now on.

International borders will also remain closed. This means that there will be no flights and the repatriation of tourists will also be suspended for the time being. Fortunately, more than 23,400 foreign tourists have already been returned home.

For the domestic Peruvian population, the governement is still searching for ways to get them back home. For this purpose, there are several priority rules: priority is given to older people, children, pregnant women, people with disabilities, people receiving medical treatment and economically vulnerable people.

A transport company is appointed to move people from point A to point B with buses that are only half full. A thorough health check is also carried out and people are only allowed on board if they have a certificate of good health. If a person tests positive for COVID-19, the person in question is not allowed to travel and is immediately placed in quarantine.

The government in Peru is doing its utmost to assist its population as much as possible in these difficult times. For example, economically vulnerable families will receive a bonus of 380 soles (+- 100 euros) from the government during the state of emergency of COVID-19. Besides, independent workers – subject to a list of conditions – may also receive a bonus of 760 soles. This was implemented by the Ministry of Labour and Employment Promotion in Peru.

Also, food parcels are distributed in several municipalities to those who are not entitled to the government’s bonuses. The police in Curahuasi will also try to hand out some baskets of food in the coming weeks. We are very happy about this because it turns out that many people are falling outside the requirements for a bonus. Some mothers of our children at Oye Lena will not receive the bonusses of the governement. Fortunately, the solidarity in Curahuasi is great and we also saw some other individuals handing out packages!

President Martín Vizcarra is doing everything to inform the Peruvian people sufficiently about the situation. He holds a daily conference in which he speaks to the people and gives updates. In the meantime, the emergency situation has been extended until May 10th, after which it will be examined to what extent it is possible to gradually restart activities and get out of this state of emergency. 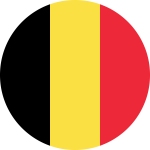 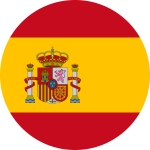